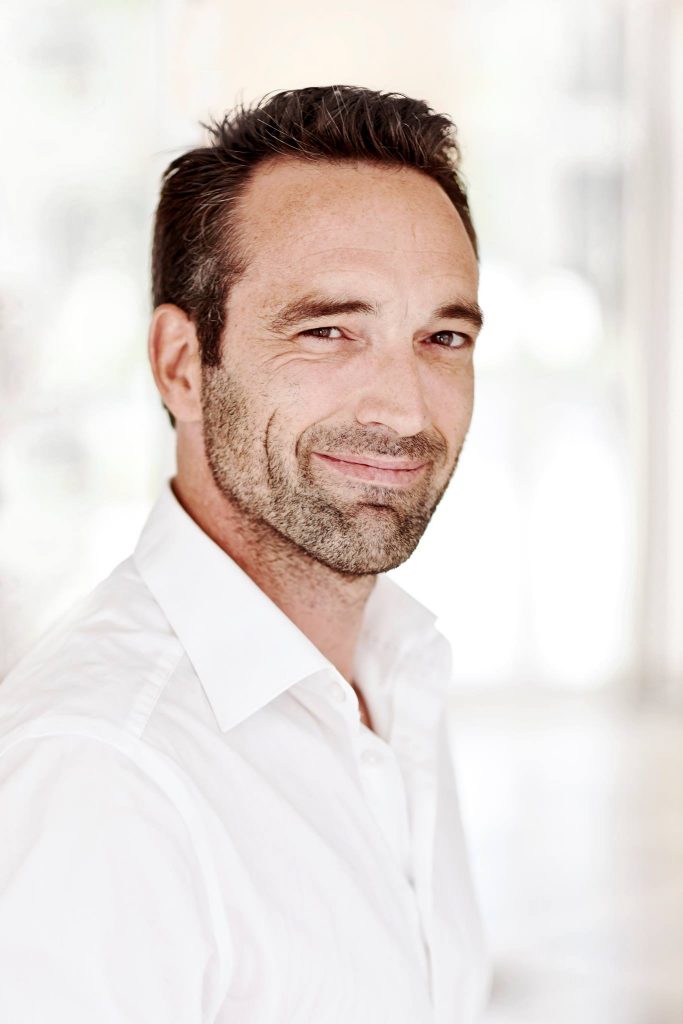 Back in Europe he has continued to perform in both Hollywood productions: ‚U-571‘ (Universal) & ‚Spectre‘ (Eon) & independent films: ‚Snakebite‘ & ‚Schilf‘ and he has gained wide-spread recognition in the German-speaking world becoming a well-known face both in TV series‘ and as a commercial model at home and abroad. He has appeared in photo campaigns, TV and print commercials and magazines for clients and networks in Germany & Austria: 3Austria, EnBW, Sixt Germany, DEKRA, Bang & Olufsen, Mercure Hotels Germany, Best Western, Sixt, EnBW, Siemens and Mercedes Benz, Raiffeisen Bank Austria and Porsche, Württemberger Wine, Pro7, Sat1, Arte, ARD and ORF.

He has created his production company ‚Pelican Pictures‘ to work on his own projects and also to foster international collaboration with other creative talent. He is developing his own feature projects: ‚Solar Storm‘, ‚In The Shadow Of The Red Umbrella‘ & ‚The Journey Begins In Africa‘ and promoting the works of others like the award-winning short film ‚Traces of Life‘ by Slovenian film-maker Marjan Radanovich.
Joe Rabl,CEO and Founder of Pelican Pictures
www.joerabl.com

All Media on the websites www.pelicanpictures.net/ and www.solarstorm-themovie.com are protected by copyright.
You may not make alterations or additions to the material on his site, or sell it or misappropriate it. Material may be downloaded or copied for personal use. However, appropriate acknowledgment of the copyright owner is required if material is re-published in any format.

Except for the above reasons, no part of the materials available in this website may be copied, photocopied, reproduced, translated or reduced to any electronic medium or machine-readable form, to social networking sites, communication sites, groupsites, pages and accounts in whole or in part, without prior written consent of PELICAN PICTURES. Any other reproduction in any form without the permission of PELICAN PICTURES is prohibited. Distribution for commercial purposes is prohibited.
PELICAN PICTURES uses various third-party social networking sites, communications services, pages and accounts (“Social Media”), including Facebook, Twitter, Instagram and others to encourage interaction, to promote our products and services and to communicate with our customers and fans. These Social Media channels are offered to enhance customers’ responsible enjoyment of films and entertainment by offering information, promotions, news, and other relevant content.
PELICAN PICTURES does not endorse any of the views expressed in comments, links, groupsites, images or video, posted by users, and in no way verifies or confirms the accuracy of those items. Comments, links, images or videos that violate the PELICAN PICTURES Copyright may result in these items being deleted and the user being blocked from the account.
Comments, visuals, videos, links, groupsites and other type of materials posted by users on such Social Media channels (“User Content”) do not necessarily reflect the opinions or ideas of PELICAN PICTURES and his employees. PELICAN PICTURES does not (a) represent or warrant the accuracy of any statement or product claims made on its Social Media channels,(b) is not responsible for any User Content on its Social Media channels, and (c) does not endorse any opinions expressed on its Social Media channels.

Any cookies that may not be particularly necessary for the website to function and is used specifically to collect user personal data via analytics, ads, other embedded contents are termed as non-necessary cookies. It is mandatory to procure user consent prior to running these cookies on your website.